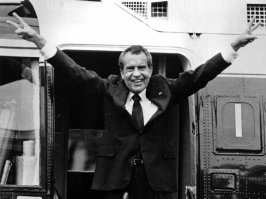 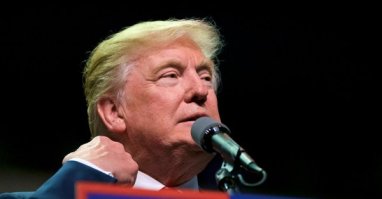 There is a direct link between Richard Nixon and Donald J Trump. Or should I say links… There’s the ‘thematic’  one of course — the ‘Country Club Authoritarianism’ personified by Roger Stone… 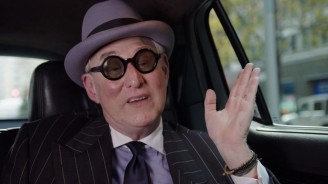 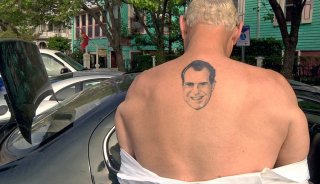 …that views American political norms and anyone not in their club with disdain and disgust.  This is the ‘Silent Majority’ part of the link — the soft, (VERY) WHITE underbelly of American Racism.  This part of the link — because it could — initiated and now wages Full Out Culture War on the rest of America.

The other part of the link with our Nixonian Past is POLITICAL.  Roger Stone works that part of the equation too.   But he’s just the tip of a monstrous iceberg.

There is a certain ‘class’ of republicans for whom Authoritarianism has always been an irresistible lure.  The Truth is, they’ve never been that ‘down’ with Democracy.  When White, Christian Male Hegemony is your ‘Bottom Line’ — Democracy can only screw up your deal.

As I said — Roger Stone is a DIRECT LINK to Nixon.  But so is PAUL MANAFORT — who was A BUSINESS PARTNER of Roger Stone’s… 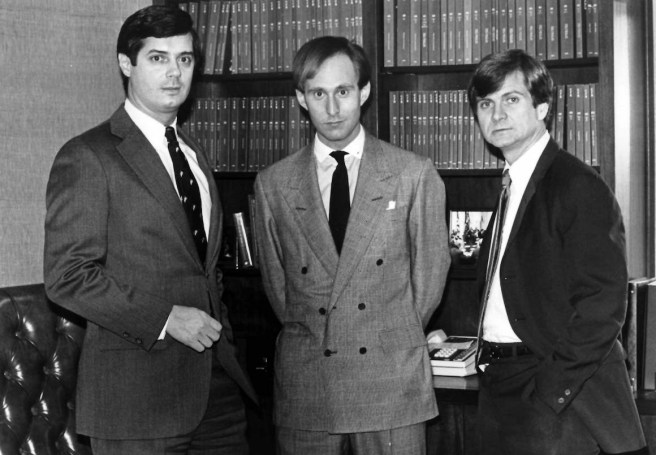 From the left that’s Paul Manafort, Roger Stone and – bonus – Lee Atwater (yet another ‘partner’ in ‘Crime’).  While it’s not nice to wish people ill, Lee Atwter getting cancer was a literal ‘Dream Come True’ for every American man, woman & child.  The death of American Political Discourse can be laid directly at Lee Atwater’s feet.

Lee Atwater was the Idea Man & Chief Architect of The Right’s ‘Our Way Or Die’ Strategy that found the Great American Talent for Compromise a little too inconvenient. Newt Gingrich was a follower of Lee Atwater’s — and we all know what a fine specimen of Jackal Turd Newt Gingrich is…

And, of course, the whole Nixon Crew were Mega-Fans of Roy Cohn — a nominee for Worst Human Being Ever. 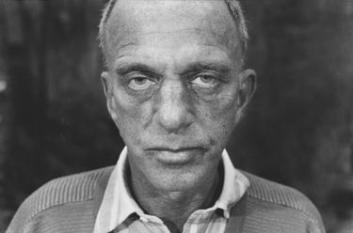 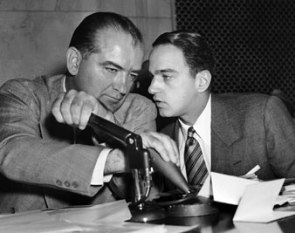 While lots of Nixon’s acolytes did time and were punished (and most of THEM never reared their ugly heads ever again — John Dean being the one ‘exceptional’ exception), a few of the cockroaches got away scott free.

That would be vermin like Paul Manafort, Roger Stone, Lee Atwater…

They made it safely to the darker nooks and crannies where they hid out and plotted — till now.  And then they threw all their weight — and Nixonian Darkness — behind Donald J Trump.

Makes one wonder if Trump would have risen so easily (accepting that he had lots & lots of help from Russia) without the Nixon Brigade working the equation from the American side — like the Traitors they are.

And THAT makes one think that maybe they SHOULDN’T have been there at all — either because THEY THEMSELVES had been swept up in an expanded dragnet of political corruption… or because the PRICE to Richard Nixon for his attempting to circumvent and undermine the Constitution was seen as UNPARDONABLE.

Nixon had NEVER been pardoned.  If he had been PROSECUTED to the fullest extent of the Law instead and hounded to his grave — it would have been understood that the COST of screwing with American Democracy IS NOT more money, more attention, more adoration by the twisted Right Wing.  It’s PUNISHMENT and NOTHING BUT.

Alas, we did not do that.  We PARDONED Nixon.  We gave him a Second Act and a bit of a Third Act even.  We resuscitated an image that did  not deserve resuscitation.

We’re paying for it NOW…