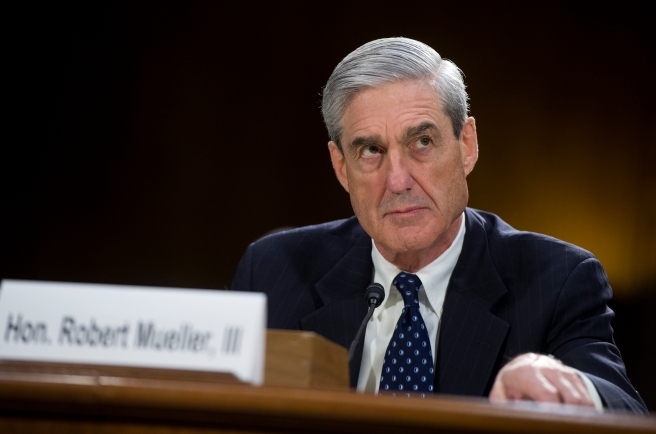 The MSM — no fools — see that the Republican Party is deeply at war with itself.  What they DON’T see — because, well, they ARE fools (most of them) — is WHERE exactly that Civil War is occurring.

The surface detail Civil War says it’s between the ‘vaunted‘ ‘McConnell Wing’ of the GOP versus the Trump Wing.  But that’s not at all the case — because Trump and McConnell — and Bannon and the Mercers and Paul Ryan and Rand Paul and Marco Rubio and Ted Cruz and Louie Gohmert and Tom Cotton and Ann Coulter and Roy Moore and every last toadstool masquerading as a human-with-an-R-next-to-their-name represents the EXACT SAME WING of the party — the CORRUPT BEYOND HUMAN IMAGINATION Wing of the Republican Party.

And it’s THIS wing of The Republican Fuckery Machine that is at war — with the Republican Party of Bygone Days (as in REALLY Bygone) represented by STEVE SCHMIDT and RICHARD PAINTER and JOE SCARBOROUGH and NICCOLE WALLACE among others — REASONABLE people whose republicanism suddenly seems downright ‘democratic’.  THESE are the warriors fighting for the souls of their party — fearing that while THAT battle is lost, the battle for the heart and soul of the REPUBLIC ITSELF must now be waged because their party is now hell bent on DESTROYING that same Republic.

And THAT MAN is very much AT WAR with the CRIMINALS and TRAITORS who have taken over HIS party.

Now — from a storyteller’s POV — A Robert Mueller character is built from the BACKBONE outward.  You could probably write a really great story about something that takes a man like Robert Mueller — lays out the ‘story’ of his backbone — and then challenges that backbone to survive a brush with disaster where every loyalty will be challenged and that backbone’s integrity may not survive intact.  That would be an AWESOME story.

But that ain’t this.  This one’s simpler:  A Man of Unimpeachable Integrity accepts a mission — to oversee the investigation that will Save the Republic from the clutches of 1) A Foreign Power (Russia of course) and 2) the American Traitors (the Republican Party and its Funders) who have made a Devil’s Bargain that will permanently destroy the Liberal Democratic ideals on which our country rests.  Seeing the gravity of the situation — and the likelihood that the conclusions (keep in mind, he entered this well into the investigation; he was brought in to PROSECUTE what had already been INVESTIGATED) — Mr Mueller doubled down on the high walls James Comey had built around the unit investigating Trump and his and his party’s ties to Russia.  He continued the Black Hole Dynamic — no information escaped.  Not.  One.  Bit.

And even when there was a HINT of political sentiment — seen in personal emails sent between members of Mueller’s team?  The agent was reassigned.  Integrity is of utmost importance to Mr Mueller.  Because it MUST be.

Now put yourself into Robert Mueller’s shoes for a moment.  Imagine, if you can, KNOWING the full breadth of what we have only seen hints of (and those hints are both compelling and convincing that there IS something real and enormous at the heart of this prosecution — perhaps one of the greatest crimes of all time.  You have put your very LIFE on the line for your country.  You have taken fire, gotten wounded.  You have worked your whole life to see Justice served and preserved.  You see members of the political party you have been part of your whole life behave like… like TRAITORS to the things you fought and nearly DIED for.

If THOSE people — those TRAITORS — did manage to undermine what Robert Mueller is doing — if they COULD find a way to STOP his prosecution, do you honestly believe (now that you’re wearing Mr Mueller’s shoes) that you would just STOP because a bunch of TRAITORS ‘told you to’?

And the legal minds arrayed against them?  Matt Gaetz?  Devin Nunes?  Jeff Sessions?

This story ends one way and one way only:  Robert Mueller brings down Donald Trump, his whole stinking Crime Family, every Sycophant around them and then — the entire HIERARCHY of the Republican Party and probably two-thirds to three-quarters of the current crop of Congresspeople.  Gone.  Many  will end up in prison.  Because Treason must be taken as seriously as cancer.  Cos that’s what it is.

And Robert Mueller cannot stop until our body politic is completely free and clear of the most dangerous ‘pathogen’ to ever hit us:  The Republican Party.