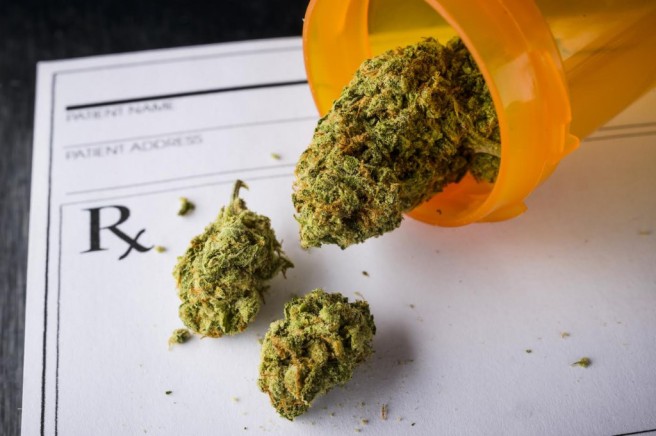 Yeah, yeah — I ingest (one way or another) a shitload of THC every day.  I’ve come to not just love the stuff but adore it.  It makes my daily life possible.

Could I survive without all the cannabis and THC I take?  Fuck, yes.  That doesn’t include sleeping however.  I’ve got a pretty big-assed data set that says cannabis produces better sleep than any other product I’ve ever tried.  Period.  But, if say, I HAD to?  Yeah — I could do it.  I wouldn’t be happy but I could DO it.

And that’s the point.  THC makes me happy — or, at least, happier — than if I went at Life ‘naked.  I use Cannabis from the very start of my day to the very end — and at no point during my day am I EVER ‘stoned’.  Ever.  And I have no desire to be stoned.

In the morning, intertwined with my morning coffee, hits of GG4 and then Blue Dream followed by Dutch Treat or Durban Poison or Trainwreck or Jack The Ripper (sometimes sprinkled with a little  ‘home-made’ kief) elicit feelings of mild but distinct euphoria and contentment — which then lead to a rush of ideas and thoughts and the words begin to flow out of me…

In this instance, the Cannabis is dampening – ever so slightly – the manic energy that runs my creative imagination.  The inside of my head, if I can describe it somehow, is like a giant, black box theater.  Inside, anywhere from ten to a dozen different things are being projected onto the walls, floor and ceiling.  Some are in black and white, some in color, some have sound, others don’t.  In between the images are laser light flashes.  There’s a lot to look at on entering — and the ‘danger’ is that I try to look at it all — and my day gets too spread out over too many things.

What cannabis does in THIS situation is slow my mind down just enough to allow me to focus on just two or three screens.  The cannabis acts like a scrim being lowered — and held in place momentarily over the other screens and laser lights and distractions.

Cannabis — in conjunction with the Lamotrigine I take — keeps profound Depression at bay, too.  That ain’t chopped liver (I believe that’s the  term Jung coined to describe it).

Could I do this with some  Big Pharma product?   Sure I could — after lots of experimentation of course.  Could it be any better than what cannabis now does for me?  I’m happy, productive — ALIVE.  That wasn’t necessarily going to be a fact of life a year ago.  The data set would seem to say that cannabis HAS worked AS A MEDICINE — on multiple fronts, successfully treating a number of ailments.

That may come as a shock to the dwindling few who still think of Cannabis as some mysterious oregano-looking leaves in a baggie that even  at $5 feels like a giant rip off.

It would be earth-shattering to racist troglodytes and hypocrites like Lil Jeff Sessions.

As with anything — medicine, food, love even — abuse is a possibility.  But we can’t all live our lives with bumpers up so we don’t veer into the alleys.  Most of us respond quite well to Cannabinoids.  Our brains LOVE the stuff.  That our brains were ever deprived of THC and CBD and the lovely, distinctive mix of turpenes that define and differentiate one strain from another is CRIMINAL.  How’s that for irony.

It’s time to take your medicine, America.  And for once — it’s a GOOD thing…