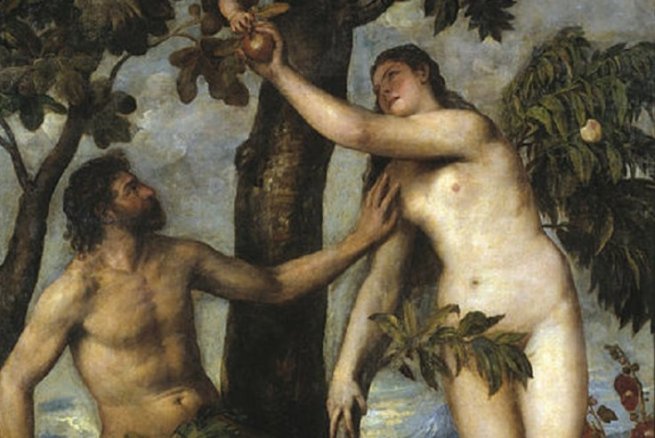 I’m into messaging.  It’s a writer-thing.  No matter how big or grandiose a story, there’s usually a relatively simple message at the core.  A thousand pages of War & Peace:  ‘Don’t Fight, Play Nice’.  Two  hours of ‘Waiting For Godot’:  ‘He’s Not Coming – That’s The Point’.

When it comes to messaging, nothing could be clearer or more concise than that one name:  EVE.

Putting aside the ‘lovely’ (but not terribly original — not even in its own regional neighborhood) Ooga-Booga (the ‘seven days’, the ‘let there be light’, the ‘everything magically appearring out of nothing’) — the clear MESSAGE from this story is:  “Eden good, Adam good, Eve… not so much”.

Eve wanted MORE.  She wanted KNOWLEDGE — of EVERYTHING — while Adam was happy just to go along, puppy dog-like…

And because Eve wanted more — ALL MANKIND FELL FROM GRACE.

Ah, but history has taken a ‘funny’ turn (not so funny if you’re a male who’s been over-indulging in Male Privilege).  And women have suddenly realized that the story of Eve wasn’t told the right way…

Now, I would LOVE to say what I think the alternate version would be — if we completely rewrote the story — and EVERYTHING THAT FLOWED FROM IT — from a completely FEMALE POINT OF VIEW.

What if EVE WERE THE HERO.  What if striving for KNOWLEDGE wasn’t a negative — but the best positive there could be.  What if Eve had been REWARDED for her bold choice TO KNOW EVERYTHING?

I think we’re about to find out what would have happened.  Look out, boys — Eve is back.  And she’s got a long laundry list of things that need correctin’.

Starting with YOU, Adam — Get your freakin’ hand away from Eve’s breast — unless it’s been INVITED there…